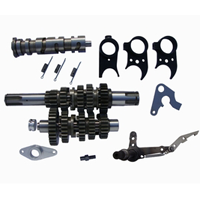 The Nova Honda CB72 & CB77 gearbox is a direct replacement for the standard four speed transmission. The gear ratios have been chosen to reflect the sporting aspirations of the CB72/CB77 but still allowing for practical use around town. The additional gear requires the removal of the kickstart mechanism.

Superfinished in house as standard. 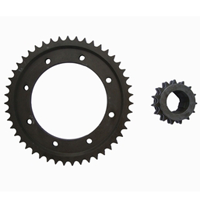